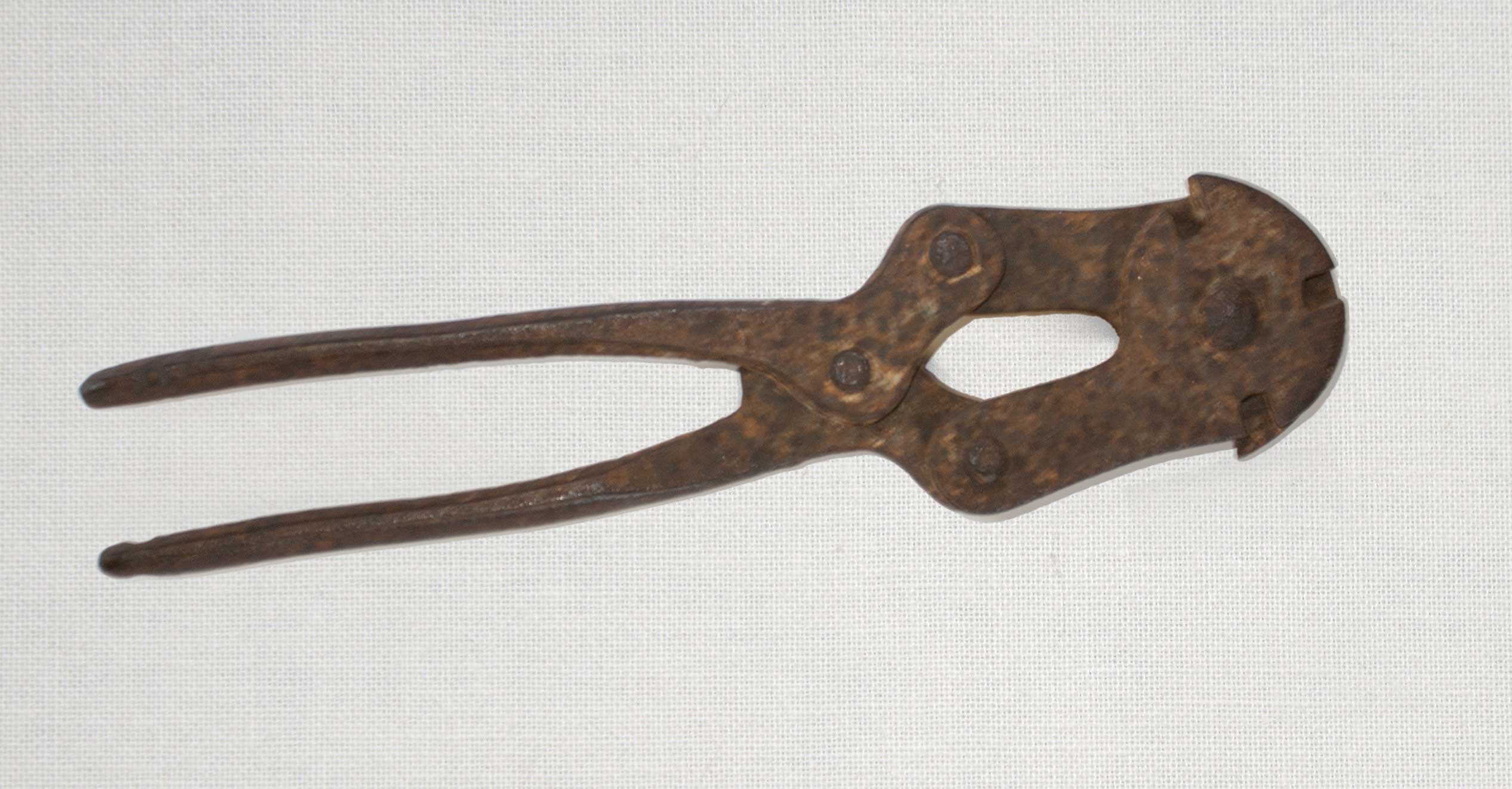 Handheld wire cutters were manufactured using hardened steel. These cutters could easily cut the barbed wire obstacles to allow soldiers a better chance in crossing “no man’s land” and breach the enemy defenses.

Wiring parties, (or wiring sappers, cutters), were used during World War I on the Western Front as an offensive countermeasure against the enemy’s barbed wire obstacles. Though hazardous and stressful duty, work was done at night to repair, improve, and rebuild their own wire defenses, while also sabotaging and cutting the enemy’s.

Wiring parties faced the constant danger of being noticed by enemy searchlights or troops. Enemy sentries were trained to listen and look for these nighttime raiders, and any suspicious sounds or movements could give away the men’s position and consequently bring a concentration of heavy fire that way. Unprotected and often standing, wiring parties were subject to enemy flares which would expose them immediately, causing them to have to lie flat, even on the very wire they were carrying.