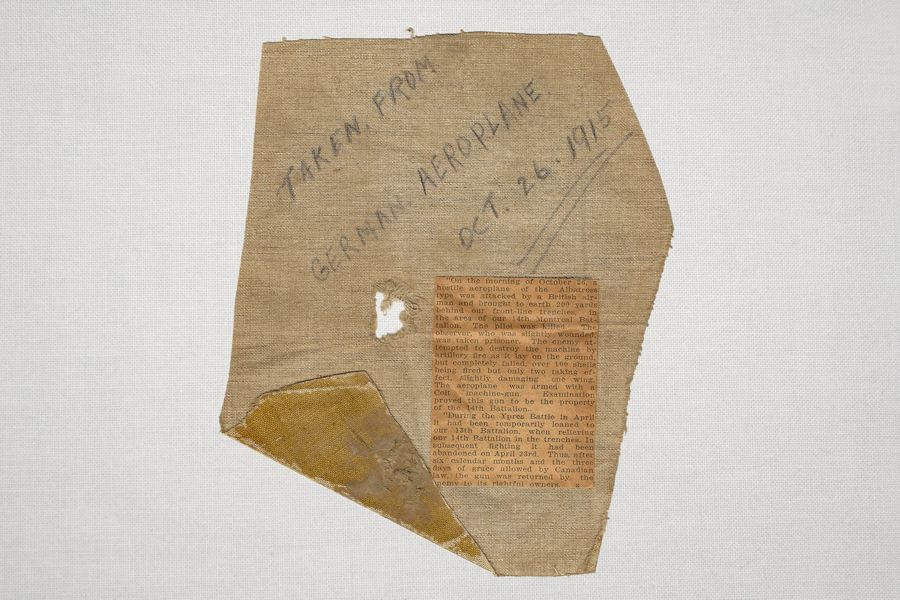 The first successful plane was created by the Wright Brothers in 1903, only a couple years before the beginning of World War I. It was the first major war in which planes were used and they played a pivotal role on both side.

Throughout the conflict, planes evolved quickly. At first, they were unarmed and solely played a reconnaissance role to help locate vital enemy locations. Promptly, machine guns were added to transform them into fighter planes.

Unlike the metal planes we know today, most of World War I planes were made out of wood and canvas. This piece of canvas was taken on October 26, 1915 from a German aircraft. Taken down by a British airman, the German Albatross fell 200 meters behind a trench held by the 14th Battalion [The Royal Montreal Regiment]. After inspecting the plane, the men discovered a Colt machine gun that was originally theirs. This weapon was taken from them by the Germans during the Second Battle of Ypres.